Rainbow Washing: The Commercialisation of the Rainbow Flag and how businesses can do more to support the LGBTQ+ Community. 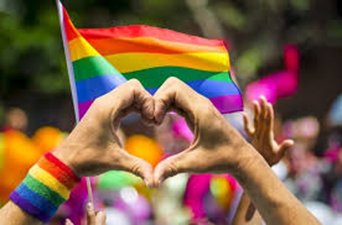 The rainbow flag has become a symbol of Pride Month and a representation of the LGBTQ+ community. It is a collective gesture of support, inclusivity, and solidarity. Created by Gilbert Baker in 1978, the rainbow flag has become a global symbol used by the community and their allies as recognition of LGTBQ+ rights, their history, and progression. During Pride Month many businesses update their logos and social media avatars with rainbow colours, new product releases, and events to show their support for the community. However, how much of this support goes beyond pride month?

Concerns have grown that the rainbow flag is being used as an empty gesture of support by corporations and brands. Mattxiv made a statement on Instagram arguing that brands are misleading consumers through their use of the rainbow flag during pride month as a symbol of support. The LGBTQ+ community argues that the marketing of the flag has left customers to decipher what brands’ real intentions are and whether their support is genuine. At first glance, the noble intentions of the mainstream representation of the LGBTQ+ community by global brands is a positive step in giving the community a platform- but if you delve deeper, their efforts aren’t going far enough. The LGBTQ+ community wants increased support and actionable change on issues the community faces such as hate crimes, homophobia and transphobia, suicide, and homelessness.

“Rainbow washing”, as defined by Urban Dictionary, is the usage of the rainbow flag to “indicate progressive support for the LGTBQ+ equality – but with minimum effort or pragmatic result”. It is recognised that there is a thin line when it comes to expressing political and social issues that businesses have to navigate, especially with ‘cancel culture. However, Sarah Kate Ellis (CEO of GLAAD) argues that “brands need to approach pride, not as a marketing moment …. but as a time to loudly use their reach and influence to affirm our community and support advocacy organisations in authentic and impactful ways.” 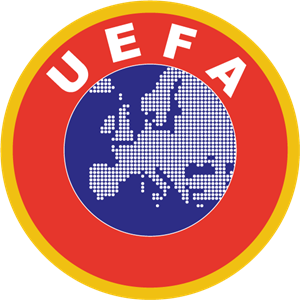 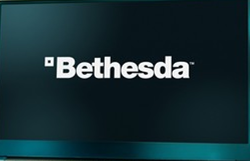 The delayed 2020 UEFA European Championship was an exciting tournament for football fans across Europe, but it did highlight a significant problem impacting the LGBTQ+ community – inconsistency and contradictions. This is especially an issue when it comes to voicing opposition against anti-LGTBQ+ legislation and policies. After UEFA’s rejection of Germany’s request to light up the Allianz Arena in rainbow colours before the game against Hungary, UEFA and the sponsors of the tournament (Coca-Cola, TikTok, and Volkswagen, to name a few) came under scrutiny. Although they pride themselves on being inclusive, having shown previous support for the LGBTQ+ community, they were not willing to speak up against the Hungarian Government’s anti-LGBTQ+ laws. LGBTQ+ activists are saying it is not enough to just say you support the community, but you need to be prepared to fight alongside them for change. Other instances include Coca-Cola’s blocking of prohibited words such as “transgender” and “lesbian” on their customisable bottles (which have since been changed) and Bethesda Software’s social media controversy in 2020. Bethesda Software changed their Twitter avatars for their secondary profiles in Western countries where LGBTQ+ are more accepted (and thus ‘safer’ to support) but failed to change their avatars in countries where being LGTBQ+ is illegal – Russia, Turkey, and the Middle East.

Some brands have been praised for their work. Absolut, was commended for its 72 kisses campaign in 2017 that aimed to raise awareness of the criminalisation of same-sex marriages. This campaign was successful in highlighting issues surrounding LGBTQ+ rights and the anti-LGBTQ+ legislation that still exists. Other impactful campaigns include Lego’s “Everyone is Awesome” set and Levi’s gender-neutral clothing collection “All Pronouns. All Love”.  These companies donate a percentage of profits to LGBTQ+ charities and organisations, using their campaigns and connections to join in the fight for change and acceptance. Companies like Levi and Absolut have been praised for recognising the self-autonomy and individuality of the community, representing the whole community, not just the TV- acceptable version, throughout their products and advertising.

So what can your business do to increase your support for the LGBTQ+ community throughout the year?

Listen to the Community

Listen and understand what the LBGTQ+ need and want, showing genuine support for the community. Get in touch with charity organisations, and advocacy groups to find out what the community wants and needs from your business. Also, be sensitive but don’t be afraid to ask questions – this will show you are trying to educate yourself and make meaningful changes within your business.

Start within your business

Focus on making changes that will affect your employees, customer, and local community first. Be visible, vocal, and active within your company and the local community. Remember the LGBTQ+ community is full of individuality and self-expression. Put diversity and inclusivity at the forefront of your company policies and don’t assume others already know your stance.

Develop diversity goals and objectives that can be measured and that you can be accountable for. Hire leadership and change your recruitment strategy to ensure the community is being represented in all aspects of the business and create a safe space for all who are connected to your business. Create training programs to recognise and address bias and discrimination and incorporate support programmes within your company policies. Promote gender-neutral language and adapt your company benefits to suit all employees regardless of their sexual orientation, for example, parental leave.

Consistency is so important to ensure that your support for the LGBTQ+ community is not seen as being disingenuous. How can you incorporate actionable support within your work calendars? Are your policies consistent with your company values and are inclusive to the LGTBQ+ community? Another element of this is apologizing and recognising mistakes and showing how you are learning from them.

Back up your statements and hold others accountable

Even if you are a newly founded business or a small local business, you can still use your voice and platform to reassure the community that they are accepted by your business and to hold others accountable. Don’t stay silent on political and social issues in your local community and nationally as words and actions speak volumes. Also, consider your business connections, do your business partners, contractors and stakeholders align with your company values, promoting diversity and inclusivity?

We all can take actions to increase our support for the LGBTQ+ community, making measurable actions that highlight the issues they face and engaging in the fight for change. How can you implement changes in your business?