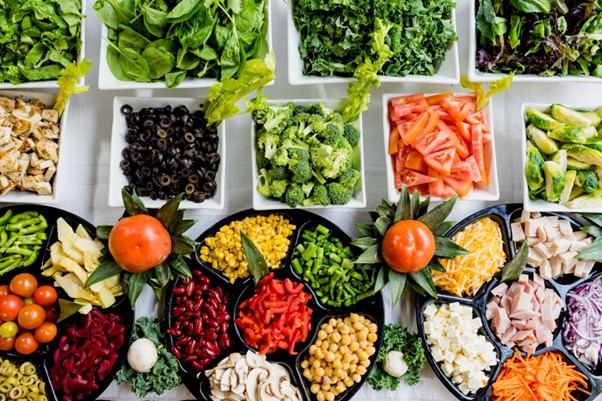 We all know the importance food plays in our diet and our physical health, but did you know what we consume affects us on a much deeper level? And I’m not just talking about weight gain or blood sugar levels. What we consume has been scientifically proven to affect our memory,  mood, our focus levels, emotions, chances of developing severe mental health issues down the line, and honestly, much more. But why is this aspect of food rarely talked about?

Answer me honestly, Which option are you picking. A or B

The truth behind what you eat

Let’s go through potential scenarios for both options. Let’s say you chose Option A, On the surface level with the first 5 minutes of eating your fries and burgers, you’ll feel great having indulged in some delicious fast food that satiates your immediate needs. Being high in fat and sodium, it’s likely you may feel bloated after a couple of minutes. If you add a soda to your meal, the carbonation could make it worse.

Food that has been cooked in oil has a LOT of fat, more specifically saturated fat, when you consume too much saturated fat, cholesterol rises, putting you at risk for heart disease.

Before we continue bear two things in mind. Having a plate of fries and a nice burger on the side every now and again is absolutely fine, but when this type of food is all that your diet consists of, you will eventually begin to notice the payoff from what you’ve been consuming. Number 2 is to keep a balanced diet, don’t be put off from enjoying good food but remember all things in moderation!

Now, these brief issues that may arise are just on the surface level, let’s dive a little deeper and see what other effects option A can have. You’re not only receiving too much saturated fat, salt, sugar, and processed carbohydrates when you consume a diet consisting of deep-fried chips and oily processed burgers, but you’re also losing out on a number of other vital nutrients. These meals lack vitamins, minerals, and antioxidants that fruits and vegetables are high in, which fuel your body and boost your mood. When you eat something that is nutritionally empty, it leaves YOU empty as well, food is meant to fuel us and keep us going. This is an important fact that has been lost in the wake of fast food consumption.

Going even deeper now, Eating a lot of processed foods may even increase your risk for depression. A study was conducted by peer-reviewing scientists and they found that adhering to a diet that avoids processed, inflammatory and fatty foods resulted in improvements in mood as well as an overall effective way to reduce the severity and likelihood of developing depression.

Now on the other side of the coin, we have option B, the choice of food you picked 😉

Having a dish chock-full of nutritional goodies like chickpeas, red peppers, rocket, cucumbers and olives is a phenomenal way to fuel your body while still maintaining a fulfilling meal and being tasty too!

These brilliant natural foods keep you in sync with nature as well as support your mental health, focus on eating plenty of fruits and vegetables along with foods rich in omega-3 fatty acids, such as seaweed, algae, walnuts or kidney beans. Dark green leafy vegetables such as rockets in particular are brain protective. Nuts, seeds and legumes, such as beans and lentils, are also excellent brain foods.

To finish off, the  American Journal of Public Health examined the food diaries of 12,385 randomly sampled Australian adults over 2007, 2009, and 2013. Increased fruit and vegetable consumption demonstrated an increase in happiness, life satisfaction, and well-being. The measurement system they used was “life satisfaction points” on average there was an increase of 0.24 life-satisfaction points (for an increase of 8 portions a day), which is equal in size to the psychological improvement of moving from unemployment to employment. Improvements occurred within 24 months.

The difficult thing about all of this is that people’s motivation to stop eating unhealthy food is weakened by the fact that negative health effects only really show up decades later, but well-being improvements from increased consumption of fruit and vegetables are closer to immediate!