Are Video Games Good For Your Mental Health? 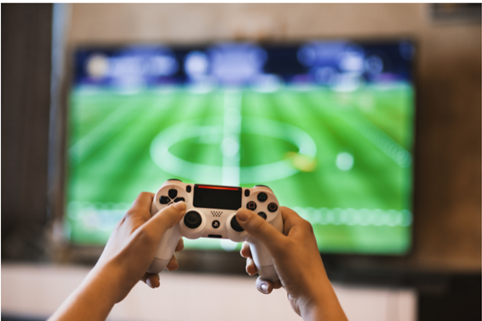 Most parents think video games are a waste of time or are just something that doesn’t mean anything. Sometimes young adults or teenagers can learn more from video games than just the plot or what the game has, whether it is shooting, exploration or many more. For example, I recently began playing a game called Frostpunk where you have to lead a new city to survive a worldwide disaster after the world is frozen forever. The purpose is to provide heat, a steady supply chain of materials (Wood, steel, food and coal etc.) while managing your supply chain, you have to keep your citizens happy by choosing carefully what you do. signing orders to improve your city, on the other hand, some of the options will have consequences. This will also involve your character building structures like housing and other important buildings needed to keep your citizens alive and fed. You also need to keep discontent down due to some laws you sign throughout the game. if it keeps progressing you will risk the loss of your civilization, thus a banishment.

All in all, Frostpunk teaches people who play has consequences of their actions as well as morals of the effect they do during choices. Another example is Resident evil which is an survival horror, occasionally educating players on problem-solving, puzzle solving, item management and planning. For instance, one of the games will put you in a zombie-infested police station. Do you A, Scout for supplies or B? Proceed into an unknown hallway where anything could happen. Most people have answered 50/50 the game is mostly survival then move on, however, the game secretly tells you more than just the obvious. Even games where they require other players from around the globe can improve your brain most.

I’ve experienced Survival games or shooters where you need communication 100 per cent of the time. When I’ve played online games I mostly end up improving my communication and teamwork as I play and I take what has been done and I use it in the real world either on Zoom or in person. Now some people are creative in the gaming world many games allow players to jump in and do whatever they please, build what they want with no restrictions and I feel in my opinion that shouldn’t be taken as something as a waste of time sometimes people spent hours and hours or with enough dedication, they could spend years working on something creative and just have it wiped by a push of a button. For me, I’ve learned a few things while playing games most of my life I’ve learned the following listed below

Video gaming is a very popular leisure activity among adults. On the one hand, video game use is widespread, and it may come with certain precursors as well as consequences. On the other hand, little is known about the relations between various video gaming habits and psychological functioning. This study aims to shed light on these important relations using a large sample.

Sometimes most people learn these skills through playing without even realising it. I know I have many times before but once they start getting older the most, they’ll know that video games can help improve their minds and hand-eye coordination.

I think in my personal opinion that video games can be used to help people with attention and reaction time among many other things in life. Some studies have shown that playing video games may increase grey matter in the brain and boost brain coactivity. Grey matter is associated with muscle control, memories and perception. The current study adds to the knowledge on gaming by uncovering the specific relations between video gaming and distinct measures of psychological functioning. Potentially problematic video gaming was found to be associated with positive affect and social relationships while playing but also with psychological symptoms, maladaptive coping strategies, negative affectivity, low self-esteem, a preference for solitude, and poor school performance. Including gamers’ reasons for playing video games and their preferred game genres helped deepen the understanding of the specific and differential associations between video gaming and psychological health.

This knowledge might help develop adequate interventions that are applied prior to the occurrence of psychological impairments that may go along with potentially problematic video gaming.